After Burning Man I spent a couple of weeks driving the Tacoma around the Western US, visiting friends and parks. What a beautiful country! 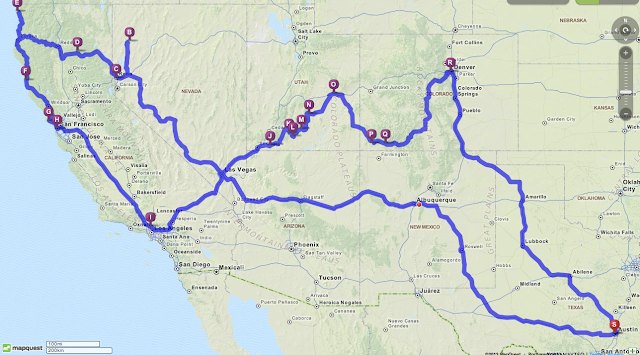 Obviously, that was before certain parts of congress embarrassed all of us and shut down the government, including our National Parks. ;-) But while the parks were mostly open during my trip, once I left Nevada and got into Utah they were pretty wet and sometimes flooded. I ended up in the weather systems that would eventually make it to Colorado and cause lots of rain and flooding everywhere, resulting in a canceled canyoneering trip that I had been looking forward to for a while, and somewhat limited hiking options whenever there were canyons involved...


This was the last big trip of my year off. It's time to earn some money again. Stay tuned for a blog post with conclusions and what's gonna be next, to follow some time in the next weeks... :-)

Posted by David Ochel at 7:06 PM No comments: